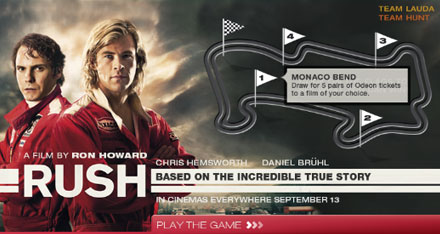 The Rushracer Facebook app was design by the in-house design team at this leading travel brand and built and coded by kc web design kent. The Facebook app was built using the Facebook app API and features some advanced SVG animations to show the stage of the competition round an F! race track. Users can vote on which team they want to win – Team Hunt or Team Lauda – and prizes are won at different stages of the game. All the standard social media mechanisms where used to promote the game through Facebook and Twitter and the competition will run throughout September.

kc web design kent worked very closely with the in-house design team and have created a compelling app targeted at a specific age range. For more information about the Facebook app and the new RUSH film please visit the app. 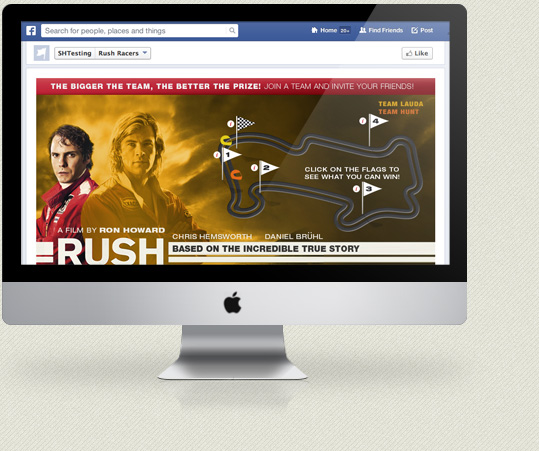