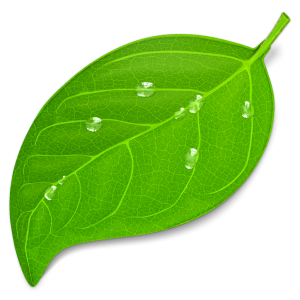 This is a post I’ve been wanting to write for the last 5 months but we all promised Cabel at Panic a vow of silence. What we were all working on was top secret – but no more – the announcement came from Panic last night that Coda 2 will be available to buy on 24th May 2012. Hooray! Now I can tell you how great it is!

There’s a wealth of information on the Panic website about all (over 100 of them!) the new features in Coda 2 and Andy Soell (one of the other beta testers) has written a great article too. I’m not going to go through every new feature, I’m going to tell you about the ones that changed the way I work, that changed my workflow and improved the way I build websites. But, the first thing I want to talk about a little is the experience of being a beta tester for Panic on a product I love and use everyday.

I applied to become a beta tester for Coda 2 as soon as I saw the request on Twitter but I never thought in a million years I would get a reply, but I did, and it was very, VERY, exciting…and a little bit daunting. I’ve used Panic products ever since the early days of Transmit (way back in OS9) and Audion (I loved making my own skins for that!) and use Coda and Transmit now everyday web designing.Having the chance to make a difference to the new version of Coda was a very exciting moment and probably THE most geeky moment I’ll ever have. But enough geekness and onto Coda 2…

Coda 2 – The features that made a difference to me

Coda 2 has over 100 new features, some huge, some small some you may not use and others that will change the way you work and it’s these features I’m going to concentrate on. Going back to Coda 1 now feels a world away from the new version. It may take some people a while to get used to Coda 2 (I know it did for me initially) but when you’ve used it for a while and go back to Coda 1 you realise what a huge improvement there is and how much time has gone in to the new version.

It’s probably an obvious one but code folding is something that Coda 1 lacked and the addition of code folding in Coda 2 makes a big difference to the way I work. It’s cleaner, easy to concentrate on the job at hand and focus on blocks of code that are important. Its easy to skip around folded code with the keyboard shortcuts and with the improved auto-complete and better indenting it somehow feels quicker, slicker and more intuitive than it did before.

I have to be honest here and say I wasn’t a big fan of the new tabs. I didn’t have a problem with the old tabs in Coda 1 and the new tabs just, well, didn’t feel right. I think a lot of beta testers felt the same and the guys at Panic tweaked and improved and changed them over the course of the beta period and actually, what they have in Coda 2 now is great. It might take a while to get used to, but the new tabs work really well now and the late addition of the text only tabs (just resize the tab bar as small as it will go) is a great feature. Be patient, use them lots and you will love them!

Airpreview and live preview for iPhone/iPad

I didn’t think I’d use Airpreview very much but more and more these days I’m testing on multiple devices while designing responsive websites. I already have 2 monitors but having the iPad setup in landscape orientation gives me an extra screen thats about the same as a standard small screen monitor so when designing corporate sites it acts as my standard 15/17″ monitor and deals with a site at a nice 1024 width. I’m finding more and more now that I have Airpreview running while designing responsive websites along with the new iPhone live preview mode. I think this is where the ‘all in one window’ approach of Coda starts to really work and when that expands out to a few monitors and Airpreview it really starts to work very well indeed.

It might seem like an obvious one but grouping sites into folders is flippin great! I have a LOT of websites in Coda, sometimes 10 versions of the same site for big projects with different versions of the site such as live, staging, dev, etc so grouping these together makes it a lot easier to find the site I need quickly. Old sites can go away in their own folder to get rid of clutter and current sites I’m working on can also go in their own folder. Easy, clean and tidy…wish my office was the same.

Panic have completely re-worked the file browser and used the Transmit engine to power it all. Its quick and easy to use and just one click away in the new tab bar. Its so good though, I’m using Transmit less and less (Sorry Cabel!).

The new MySQL window is handy. It’s great for quick edits on the database or using as a reference to look at tables and run quick queries. I do find however that if I need to do anything more complicated then I tend to open up Sequel Pro. Having a MySQL window there in Coda for quick easy database management is very handy.

The new sidebar with the new improved clips is a great addition. You can drag and drop any of the sidebar icons to the top icon bar to get quick access to whatever you need. Maybe in the future plugin developers will be able to create plugins that will be added to the sidebar which will open up a wealth of interesting and useful additions. As I think Andy Soell mentions in his article, being able to split the sidebar into 2 or more panes would be a great addition and really allow you to make the most of the sidebar space and have the most used 2/3 panels always available. Maybe a future update will add this.

I could go on about lots of other new features such as the new CSS pops or the gorgeous UI or the iCloud sync or the Git integration or the improved find and replace or the path bar or the quick file open or the new updated books but I won’t. If you use Coda 1 then get Coda 2 on the 24th May, you won’t be disappointed.

Did I mention Diet Coda, no, well maybe later…